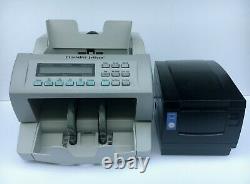 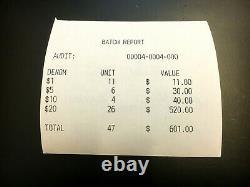 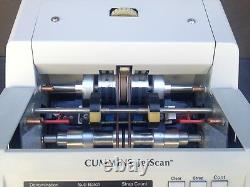 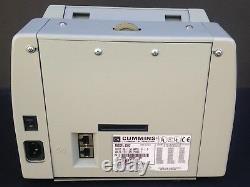 The Cummins JetScan 4065 is a step up from the 4062: it has Cummins highest level of counterfeit detection Magnetic, UV and. And a slightly better build quality. (1) Reconditioned Thermal Printer and cable.

Communication between JetScan and Printer fully set-up and ready to use. (1) Top Hopper Bill Guide. Looks nice, but not genuine parts.

If someone states: we replace green buttons with an upgraded black button kit that is made by the OEM who Cummi ns buys from. If this is true, then why don't you EVER see black buttons on any Cummins Allison currency counters except one reseller?

Because Cummins uses green buttons, and not black. If you contacted Cummins to replace your button kit on a 4062 or 4065, they would sell you a brand new green button kit. Come with green buttons running horizontally below the display, and putty grey bodies.

We do our best to preserve the buttons and clean them, but replacing them with new would drive the cost very high, and we would not be able to offer at our price. Would you want the quality of the reconditioning to be inside in the mechanics of the machine, or on the surface. Pictured is a 4062 and printer in the quality and condition of our equipment, but we sell many per week, so you will get a different one with a different serial number. They also write in their listing to trust them because of some idea there is safety in numbers -- they have more sales, so their machine is somehow better.

PLEASE TAKE A LOOK AT OUR PICTURES, SPECIFICALLY THE INTERIOR OF THE JETSCAN. All key parts have been replaced including. Reverse / Retard Rollers (2). We take them completely apart, and step-by-step fully. You will see years of worry free use, not weeks or months (do your regular cleaning).

All Sensors and Components Meticulously Inspected. This Model Can be Upgraded for Any New Bills Released in the Future. We also offer servicing of your Cummins JetScan and JetSort from anywhere in the United States. We also carry the Cummins JetScan 4096 (Two-Pocket unit), and the JetSort 1600 Series Coin Sorter / Counter. This item is in the category "Business & Industrial\Retail & Services\Point of Sale & Money Handling\Bill Counters".

The seller is "refurbishedcummins" and is located in this country: US. This item can be shipped to United States.